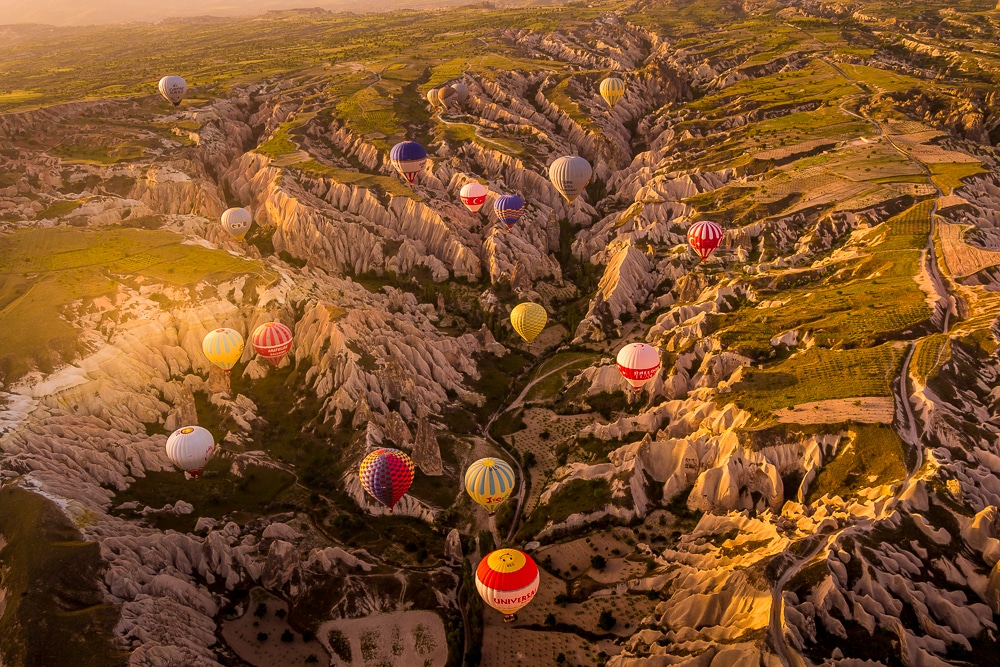 Kia has already ruminated on how 2019 has been a strange one for us. She’s spent so much time focused on her book that I have travelled without her to Nepal, Greenland and Pakistan. These were all multi-week trips meaning we spent more time apart in 2019 than ever before.

Year 2020 will start in much the same vein as I go off to climb the highest mountain of my life: Aconcagua in Argentina. At 6,962m (22,841ft), it is one of the seven summits – my third after Kilimanjaro in Tanzania and Elbrus in Russia (fourth if you include Kosciuszko in Australia – which I don’t).

Afterwards, things should return to some semblance of normality as we plan visits to Mongolia, Canada and Alaska together. They are all trips we’ve had on the back-burner for a while now, so hopefully 2020 will be the year they finally see fruition.

While Kia oversees the editorial side of Atlas & Boots, my responsibility lies with social media and photography. We were pretty late to the party when it comes to Instagram, not starting a channel until nearly a year after launching the blog. (What were we thinking!)

These days, our Instagram channel is our largest social media platform and it continues to grow. As such, we thought we’d use my final post of the decade to revisit our top Instagram shots of 2019 and the stories behind them.

That’s all from me for 2019. We hope you keep following along next year, both here and on Instagram. Happy New Year.

The stark silhouettes of the seemingly petrified trees of Deadvlei are pitched against a vibrant sunrise in the Namib Desert at Sossusvlei.

The first of our top Instagram shots of 2019 is this from Namibia. I’d been desperate to photograph this incredible landscape ever since I saw it in a National Geographic photo essay years ago. The photographs created a surreal Disney-esque scene that I was never quite sure was real.

Well, it’s real alright. We finally visited Sossusvlei at the end of 2018 as part of a 17-day self-drive safari through Namibia.

The To Sua Ocean Trench on the island of ‘Upolu in Samoa.

We visited Samoa during our first big trip: a year-long journey across the Pacific Ocean and then South America.

To Sua felt utterly magical. There are two deep sinkholes with sheer rock walls and turquoise waters. You can swim through an archway connecting the two pools or simply float on your back and watch the sky. The pools are fed by an underwater trench which stems directly from the Pacific Ocean a few metres beyond. ⠀

The first white rhinos we saw during our visit to Eswatini (Swaziland).

Over the course of our three-day visit, we saw 13(!) rhinos including two of the elusive black variety. In fact, within five minutes of arriving at our first meeting point, we saw two rhinos loitering nearby. Eswatini prides itself on its rhino conservation work. The country has lost just three in the last 24 years compared with two to three a day in South Africa.

It was almost criminal that I hadn’t yet seen Nepal. This year, I finally put that to rest by trekking to Everest base camp. Nepal instantly become my favourite country and I have vowed to return as soon as possible to complete the Annapurna Circuit and Langtang treks. One day I hope to go a step further and climb the mountain for real.

Just one of the striking views that greeted us while driving the hairpinned Sani Pass in Lesotho.

We knew little of Lesotho before the trip and will admit that we expected a dusty bowl of a country. What we found was some of the most stunning scenery we’ve seen. Lush folds of velvet green rose like waves in a painting. The drama of this mountain pass leading to one of the least known countries in the world was utterly jaw dropping.

Múlafossur Waterfall and the village of Gásadalur in the Faroe Islands.

We landed in the Faroes late evening, but given that sunset was after 11pm we had enough time to sample the scenery before driving to our accommodation. This remote clutch of 18 islands promised sweeping glaciated valleys, stirring fjords and dramatic cliffs buffeted by the swells of the North Atlantic. It did not disappoint.

Two puffins have a chat on Mykines, the westernmost island of the Faroes.

We visited Mykines in search of puffins and found them! We were slightly too early for the height of the nesting season which runs from mid-June to August, so most of the puffins were still at sea. However, we did manage to spot dozens of these charming birds nestling in their burrows along the clifftops.

Iceberg sightseeing beneath the midnight sun near Ilulissat in Greenland.

Every summer, north of the Arctic Circle, the sun magically rolls along the horizon all night. The famed midnight sun is visible between late-April and late-August in Greenland’s northernmost towns. Here, among the icefjord of Ilulissat and closer to the Arctic Circle, the midnight sun is visible between early-June and mid-July.⠀

The Peace Pagoda at the foot of Adam’s Peak (Sri Pada), the most sacred mountain in Sri Lanka.

Sri Lanka was number one on Lonely Planet’s annual Best in Travel list of top countries to visit in 2019. We re-shared this photo when we took over their Instagram channel for the weekend and it proved to be one of our top Instagram shots of 2019.

We visited Sri Lanka in 2017 and our overnight climb to Adam’s Peak was one of our most memorable experiences. At 2,243m (7,359ft), there are 5,500 steps to the summit. The mountain has been a site of pilgrimage for over 1,000 years and people of all shapes and ages gather on its steps to make the climb in time for sunrise.

A long-exposure of K2 seen from Concordia campsite in Pakistan was another of our top Instagram shots of 2019.

Earlier this year, I couldn’t refuse the opportunity to join a trek to K2 base camp combined with a technical crossing of the Gondogoro La Pass. At 8,611m (28,251ft), K2 is the second highest mountain on Earth, one of just 14 eight-thousanders and a member of the seven second summits.

Balloons float above the fairytale landscape of Cappadocia in Turkey during a sunrise balloon ride.

We had spent three days exploring the lunar-like environment of Cappadocia. We had hiked, driven, ‘caved’ and ridden our way around Göreme National Park (the modern encompassment of the historic region of Cappadocia) and were ready for a full, unobstructed view from above.

The balloon ride gave us an unrivalled perspective of the area’s unique landscape: fairy chimneys, towering boulders and ridged valleys peppered with caves.

Watching the sunset at Uluru in the Northern Territory of Australia.

Climbing Uluru was finally banned for good in 2019 – long overdue in our opinion. We visited Uluru in 2018 after taking a 1,500km detour which included two nights’ camping with spiders, snakes and dingoes.

Travel writer Bill Bryson described Uluru as strangely familiar and we felt the same way. Here was the rock we’d seen in movies, postcards and documentaries – an icon recognised all across the world.