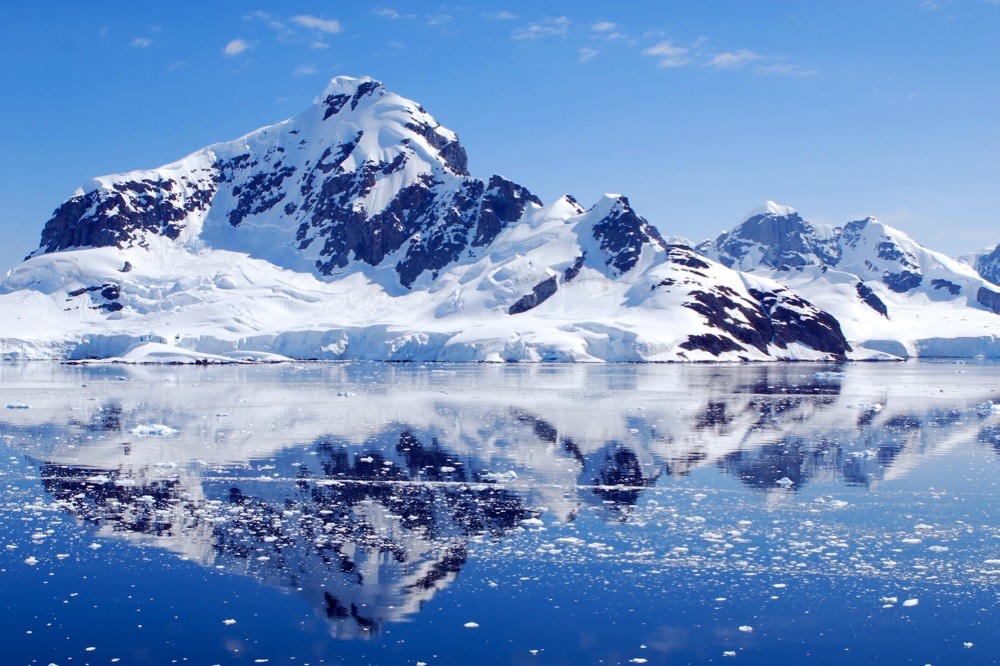 It’s possible that Frederick Cook was the first to reach the North Pole in 1908, or perhaps it was Robert Peary in 1911 or maybe Richard E. Byrd who was the first to fly over it in 1926… But it wasn’t until Roald Amundsen’s definitive flight over the Pole on 12th May 1926 that the first consistent, verified and scientifically convincing attainment of the North Pole was recorded.

Polar exploration has long sparked the public’s imagination and in recent years, travellers’ appetite for adventure means there is even more on offer than ever before.

Kia and I both dream of taking trips to the Polar circles – it’s just that we’re not sure when and where to go. (Well, that and the lack of funds…)

If you’ve ever dreamt about visiting one of these faraway destinations, use our guide to picking your Polar adventure: Arctic vs. Antarctic.

Whether you head north or south you’re going to be cold. Very cold. However, it’s useful to know that unlike the rest of the planet, the south is colder than the north.

The Antarctic is a different story. It is the coldest continent on Earth. In 1983, researchers at the Soviet Antarctic station recorded the lowest natural temperature ever at ground level of -89.2°C (-128.6°F). Temperatures in Antarctica regularly reach -80°C (-112°F) in the interior in winter and between 5°C (41°F) and 15°C (59°F) near the coast in summer.

The Antarctic is considerably colder than the Arctic.

Winters and summers in the Polar regions are easier to define than in most destinations.

Put simply, the Arctic is closed from October to March thanks to much of the region being icebound, meaning ships cannot pass. The six-month darkness of the Polar night engulfs the region making sightseeing a rather tedious affair. Likewise, the Antarctic is closed from April to October due to freezing temperatures, the Polar night and pack ice reaching up to 1,000km beyond the edge of the continent.

Outside these timeframes, it largely depends on what you want to see and do and where exactly you want to go. For example, if you’re only interested in the bragging rights that come with crossing the Arctic Circle then this can be done year round in Scandinavia without leaving mainland Europe.

At the other end of the world you’ll have to wait for the pack ice to break up between January and March to have a shot at crossing the Antarctic Circle.

The table below gives an idea of the best time to visit depending on your interests.

Even though the two Polar regions share many similar traits, they differ greatly in wildlife with a much wider range found in the north. This is because much of the landmass in the north is attached to continents that stretch further south while the Antarctic is completely isolated. This means the Arctic homes far more terrestrial mammals.

In the south it’s slim pickings on land. The flightless midge, Belgica antarctica, is just 6mm (0.25in) in size and is the largest purely terrestrial animal in Antarctica. In the water there’s more to see with several species of penguin including Emperor, Adélie, Rockhopper, King, Chinstrap and Gentoo penguins all living in the Antarctic peninsular. Additionally, there are blue whales, killer whales, colossal squids and fur seals.

If you want to see how you measure up against the great Polar explorers of the past then here are a few of the best options available.

It’s unfair to call those unmoved by the above unadventurous – surely travelling to the Polar Regions is adventurous by definition. However, if you would prefer a little more comfort then there are plenty of cruise and activity holidays available which won’t leave your loved ones biting their nails until your safe return.

I have my eyes on the Arctic Circle Trail in Greenland as well as a trip to Tromsø in Norway to see the northern lights after our failed attempt to catch them in Iceland several years ago. Quark Expeditions offer a range of cruise-based holidays in the Polar regions.

One of the most stunning natural phenomena in the world are the Aurora Borealis and Aurora Australis, more commonly known as the Northern and Southern Lights. Unless you’re a Norwegian astronomer there really is little difference between the northern lights and the Southern Lights other than geographical location. They both take place over the Polar regions and are basically the same phenomenon.

That said, the northern lights are far more accessible. They  can be viewed from Iceland, Finland, Norway, Sweden, Denmark, Scotland, Russia, Greenland, Canada and Alaska. Outside of continental Antarctica, the Southern Lights can only be seen from southernmost New Zealand, Argentina and Australia.

Arctic nations include Canada, Greenland (a territory of Denmark), Russia, United States (Alaska), Iceland, Norway, Sweden, and Finland. Within these nations, around four million people live within the Arctic Circle. Unlike the Antarctic, the Arctic has an indigenous population stretching back thousands of years.

In the Antarctic, there is no indigenous population. There are zero permanent inhabitants but there are numerous research stations set up across the continent. In the summer as many as 5,000 people reside in the Antarctic but this drops to around 1,000 in the winter. You won’t be visiting any craft markets here!

Simply put, Polar travel is expensive. You will be visiting the most inhospitable regions on the planet where life is hard. The Arctic Circle is far more popular due to its accessibility and the fact that travel is cheaper there.

That said, some of the most expensive countries in the world (Norway, Sweden, Finland, Russia) are located along and within the Arctic Circle, making even the cheapest Polar weekend break an expensive affair.

The Antarctic is without doubt more expensive than its northern sibling. It is further away from transport hubs, there is no permanent accommodation available and life is simply harder further south.

Polar travel like most forms of travel is on the rise. It is almost impossible to verify how many people visit the Arctic but during the 2009-2010 tourist season, over 37,000 people visited Antarctica – twice the estimated 14,000 that visited in the 1999-2000 season 10 years before.

One assumes that this figure will continue to double every 10 years although I doubt (and hope) the Antarctic or the harder-to-reach areas of the Arctic will ever compete with Thailand or other popular destinations.

For me, the Antarctic is the very definition of adventure. The very mention of its name evokes tales of against-the-odds survival and iconic names such as Amundsen, Shackleton and Scott. I dream of completing the seven summits which means that one day I will have to climb Vinson Massif in Antarctica – an ambition I look forward to with both boyish enthusiasm and wary trepidation.

Kia and I were in Tierra del Fuego last year but at the wrong time for a trip to Earth’s southernmost continent. We will just have to go back one day…

For me, the Antarctic still grabs all the headlines.

G Adventures are the largest small-group adventure travel company in the world with over 650 small group adventures to choose from and offer a range of Antarctica cruises.